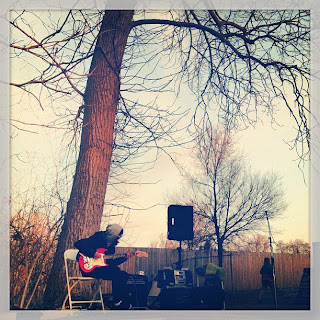 Michigan wonder Shelley Salant (Swimsuit, Tyvek, SLGTM, etc.) began playing solo shows under various names a few years ago, bringing her brittle, mantra-like guitar meditations into form over the course of several tapes on her Ginkgo label. "In A Cloud" is the first LP collection of her songs, streamlining things a bit from the often lengthy zones of her tapes, but maintaining her expansive and thoughtful sounds.

A focus on themes of nature, struggle and compassion are expressed loudly through the simple means of a single guitar with minimal processing. There are some soft dub touches in the production, and the occasional wash of drums or staticy overdub, but mostly we hear the cavernous refractions of Shelley's instinctive jamming, spreading out like ripples on the lake and unfolding new possibilities as they go. Do punks go camping? Is there punk wildlife? Can we communicate with the animals and be absolutely certain we understand each other? Absolutely.

Also available as "Other Clouds" C-32, featuring tracks from the record and unreleased material in a collaged form.

FRIDAY JANUARY 24 - VANCOUVER BC @ THEY LIVE w/ The Courtneys & Weed

LISTENING TO SHELLS from THE MEDIA August 2013

Reviewed in September 2013 She Shreds Magazine

Write to sabsalant at g mail 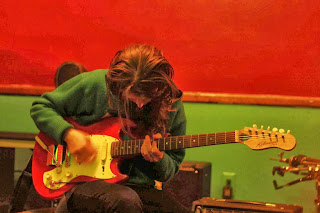 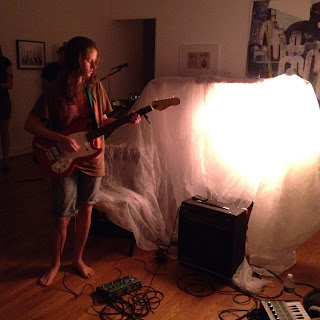 Posted by shelley at 1:14 PM No comments: